This is what the API request typically looks like:

This is what it looks like to turn the listing directions string into an array:

After turning it into an array, this is the output it was giving:

It wasn't the first time we had seen this, as there were other POST requests that resulted in a similar output:

We were unfamiliar with the YAML format and it wasn't until we discovered the !ruby output and talked to Jobert that we realized this was input inside of a YAML parser. Any attempt at exploiting this as a downstream Rails YAML deserialization attack failed. Any YAML formatted string in the input would be placed inside of quotes or escaped.

During our fuzzing, we were messing with different types of Rails features. We eventually landed on string interpolation and noticed it evaluated. 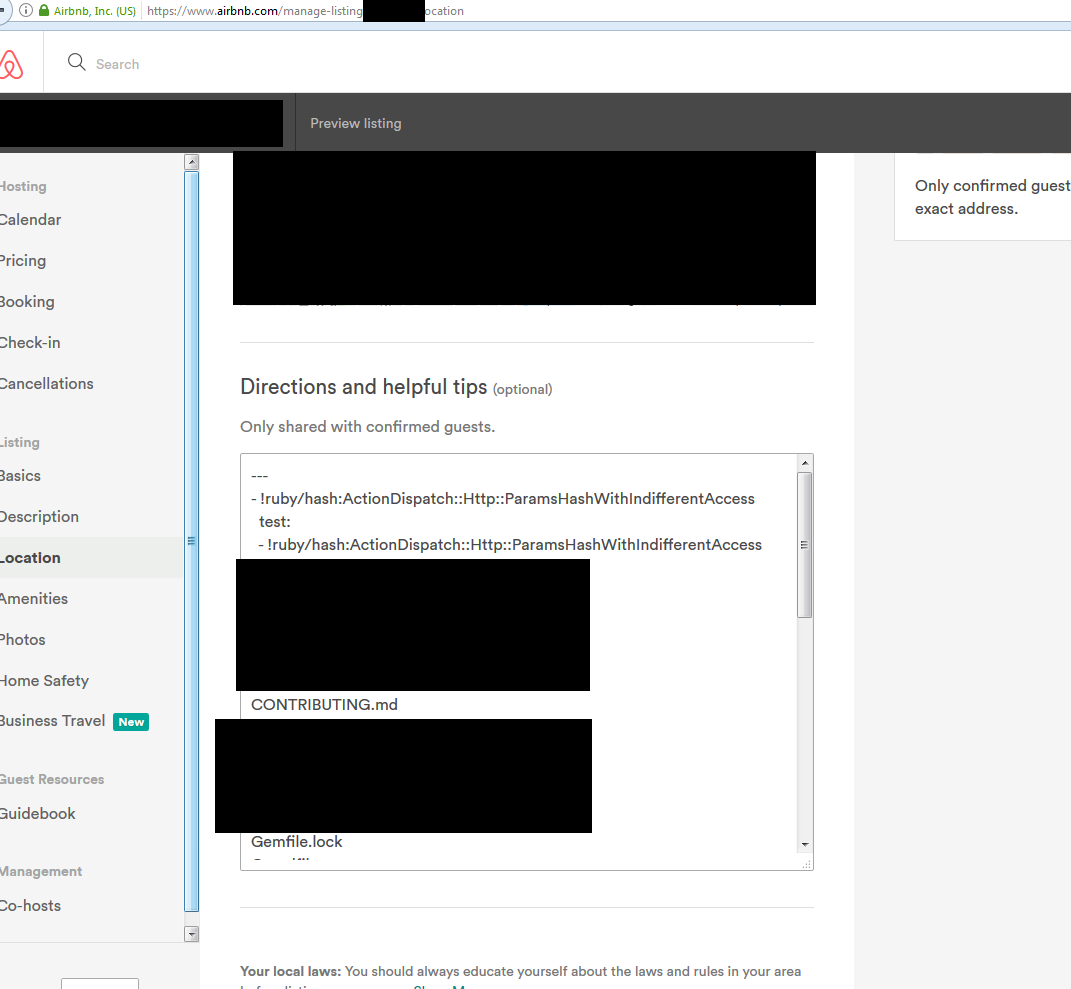